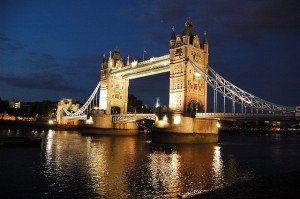 London is the favourite destination for expat workers

A recent study carried out by Boston Consulting Group (BCG) and The Network, has listed the most desirable cities for expat job seekers. Over 200,000 people from 188 different countries participated in the study and, with 16% of the votes, London was chosen as the favourite city amongst foreign workers. Perhaps this doesn’t come as a surprise due to its vibrant life, beautiful architecture and melting pot of cultures as well as the fantastic job opportunities. However, no other UK city made it within the top 40 most desirable cities for expat workers.

The five most desirable cities to work in for expats in 2014 are:

Although the top four cities are fairly predictable; Madrid coming in 5th place comes as a shock given the dire Spanish economy in recent years. Madrid may be so highly positioned for being a combination of a modern city full of culture, whilst having more job opportunities than the rest of Spain. In addition, Madrid doesn’t come with the stress, high costs, or the inhospitable behaviour of the locals regularly found within large cities such as London or Paris. In effect, Madrid gives expats the perfect work-life balance, justifying its place as one of the most enticing cities in the world for foreign workers.

Nevertheless, when countries were taken into consideration, Spain did not fare so well on the leaderboard – dropping to 8th place. With regards to countries, the US was the favourite with 42% of participants choosing the States as their preferred country to work abroad in. The UK came in 2nd place, followed by Canada and then Germany.

From the results of the study, it seems that some cities attract specific expat job seekers, for example, Zurich was a popular destination for bankers, whilst Los Angeles attracted those with acting aspirations. However, in general, the most popular destinations were those that had a combination of renowned cultural attractions as well as a stable economy.

When the participants were asked whether they would consider moving abroad for a job, 64% said yes. It seems that gaining international work experience isn’t so rare nowadays – where 1 in 5 of the contestants in the study had already worked abroad. 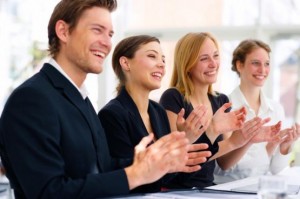 Climbing up to business success by Calita Kabir (CC BY-SA 2.0)

However, people coming from less developed countries, such as Pakistan and Jamaica, are more willing to make the jump to another country than those citizens from the US, UK or Russia for example. Nevertheless, France and the Netherlands proved to be the exception to the rule, although being developed countries, 90% of the French and Dutch participants said that they would happily move abroad for work. Being in a certain profession is also a contributing factor as to how likely someone is to seek work in a foreign country, the study found that engineers and people with tech jobs were most likely to work overseas.

From the study, we can conclude that there is an emerging global workforce, with a great willingness to work abroad. The work environment is becoming more mobile where people are actively looking for job possibilities outside of their native country. This global workforce will have implications for the future, whereby it will be in the best interest for companies (and countries) to not only attract but also retain, the most skilled and talented individuals.

“It’s a world in which the geographic barriers to employment are coming down, including in the minds of some of the most talented and highly educated workers,” says Rainer Strack, a BCG senior partner and one of the report’s four co-authors.

“This is opening up significant opportunities for individuals and for the many countries and multinational companies that are facing talent shortages of one sort or another.”