The energy sector: A golden opportunity for expats? 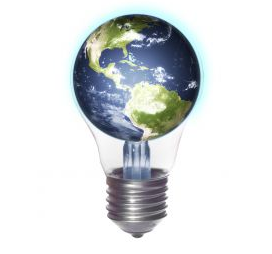 The energy sector holds a lot of possibilities for expats.

Already more than 40% percent of employees in the oil & gas sector are working abroad, according to a study by Hays. Yet another study attests the energy sector to be the one where international experience is in the most demand. These are only a couple of reasons why people seeking work abroad could find their way in this industry.

“There is a community of people in the energy sector who have had a career working all over the world,” Graham Chalker, global practice leader of oil & gas at Hydrogen Group, says. But not all parts of the world can record similar growth. While you can watch the direct impact of crises and revolutions in Europe and Northern Africa, other regions like Brazil, China, Australia or the Middle East are the ones to look at. Here are some facts to further emphasize this point:

Oil & gas companies are of course not the only promising enterprises in this industry. The need for renewable energies in order to fight climate change boosts a whole group of sectors. The small country Denmark, is a pioneer for wind energy with almost 25% of its energy deriving from it. Germany will need a lot of expertise in renewable energies after deciding their nuclear phaseout in conjunction with Fukushima.

Australia and New Zealand’s energy sector is suffering from a skills shortage after a boom over the past years and even countries like India or China, who are renowned for burning up a huge amount of energy have heard the call and started fostering alternative energies.

The energy sector does not only offer a variety of jobs and great possibilities to work abroad it has also an above average salary level. The search for workers mainly concentrates on highly qualified employees since locals are the cheaper alternative for easier (but not physically easy) jobs. If you are willing to go abroad this may be your chance.