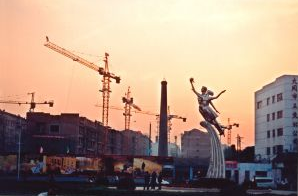 Mongolia may not be on everyone’s must see list, but as an expat destination it is increasingly popular. The capital, Ulaanbaatar (Ulan Bator or “UB”) is attracting increasing numbers of expats to its streets.

There aren’t many statistics on Mongolia’s population and even fewer to predict future population trends. However, the 5,000 expatriates who currently live in the capital suspect that this unlikely city will see an sharp increase in expat population over the next five years.

Why are all these expats attracted to Mongolia? Aside from the beautiful landscapes and rich culture the key is the country’s rapidly expanding economy. This “boom” is especially evident in the area of mining.

Valuable minerals, copper, tin and gold deposits have triggered industrial development on a large scale. A skilled foreign workforce of engineers, miners and mine managers is being recruited to run these massive projects.

With all these untapped natural resources foreign investment is flowing into the country and global interest is being piqued. The IMF has predicted that Mongolia’s economy will grow 14% a year between 2012 and 2016.

UlaanBaatar ranked as the cheapest city in Asia for expats in a survey carried out by ECA International. With a cheap cost of living, employment opportunities and plenty of things to see and do both in and outside the city, “UB” looks set to be a popular expat destination.

From Mongolia to Morocco

Casablanca is Morocco’s financial centre as well as being the largest city in the country. According to EasyExpat Casablanca is becoming an, “international destination for travellers and expats”.

With 44,000 French nationals living in Morocco the biggest expat nationality is French, with the majority living in Casablanca or Rabat. To attract more international professionals and retirees Casablanca is said to be “refurbishing its charm”.