Job satisfaction on a high in Canada and Central America 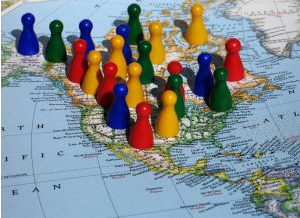 When considering moving to another country for work there are many factors you should bear in mind. Besides a country’s job market prospects, the overall employee satisfaction in countries you are looking at may help you to make your decision. The Randstad Workmonitor (published in September 2012) provides detailed information on 32 countries in Europe, Asia and America.

In contrast, Europe and Asia offer a wide-ranging spectrum of results. While Scandinavian countries like Denmark (top of the list) and Norway (2nd) or the richest central European countries such as, Luxembourg and Switzerland, can come up with a satisfaction rate of nearly 80% or even higher – poorer countries like Greece, Hungary or Slovakia have difficulties reaching the 50% mark.

This suggests that the level of satisfaction correlates with the wealth of a nation’s economy, but Asia proves this wrong. Japan, once the flagship of eastern economies and still among the biggest economic powers in the world, ranks last among the 32 examined countries. Less than 1 in 20 employees states that they are “very satisfied” with their job compared to nearly two-thirds not being satisfied at all. Nearly the same amount of people “…are not focused on getting a promotion” (see p.55 of the survey).

This rate is again the highest, together with the Scandinavian countries. However, while the latter don’t seek promotion because they are already satisfied, in Japan there might be a lack of motivation due to dissatisfaction.  Japan’s competitors China and Hong Kong are not performing much better and find themselves at the bottom of the table too. Only India and Malaysia constitute a shiny exception in Asia (81% / 79% satisfaction rates).

Another aspect of the survey may provide possible answers. Most people in China and Slovakia feel overqualified for their jobs, on the other hand, people in Denmark, Luxembourg and Belgium mostly don’t. The feeling of working in a job that barely matches your field of studies can also have negative effects on your satisfaction at work. This counts especially for Japan and Slovakia.

Top 5 countries for the most satisfied workers

All this data shouldn’t keep you away from moving to one of the countries which came bottom in this survey, especially if you already have a job offer that fits you. Nevertheless, a good working atmosphere is crucial for feeling comfortable in your job so you shouldn’t disregard this study either, it may be the subtle distinction between happiness and dissatisfaction in the end.