Expat destinations to watch in 2014 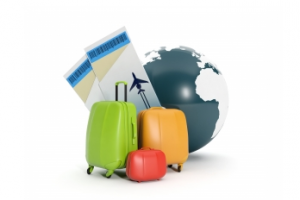 New cities are emerging as destinations for expat workers.

HSBC, in association with the Guardian, has recently published their guide to cities on the rise: A world of expat opportunities. We take a look at the destinations they say will dominate this year and some others that are looking to tempt the ever-growing global workforce.

In recent years Brazil has become a popular destination for many people looking to work abroad. However, this blossoming economy has more to offer than just Rio de Janeiro and Sao Paulo.

The capital, Brasilia, is often overlooked but as the home of the headquarters of many of Brazil’s biggest companies it is set to become a favourite among expats moving to the South American powerhouse. Also the political centre of Brazil, it is home to diplomats, foreign correspondents and journalists.

The number of expat workers in China has increased by 18% over the past 5 years. Beijing, Hong Kong and Shanghai continue to dominate as expat worker hotspots, however, other Chinese cities are currently seeing the number of foreign nationals rise.

Of all expats working in the country, 85% are employed by international firms and in lesser-known Chengdu it is a similar story. As the capital of Sichuan province in south-west China, it is home to global finance, technology and automotive giants such as Microsoft, Volkswagen and JP Morgan all bringing international employees into the region.

The demand for skilled workers in Canada is high and it is hoped that recruiting from abroad will encourage further economic growth. The Canadian government has set up two initiatives to increase the number of foreign professionals coming to the country to work.

The Canadian Experience Class is already the most popular option for expat workers moving to Canada. By meeting a minimum language requirement and gaining one year of experience working in the country it is possible to become a resident. The government plans to welcome some 15, 000 foreign nationals as permanent residents in 2014.

Alternatively there is the Provincial Nominee Programme, which facilitates immigration into other parts of the country, rather than just Canada’s cities. Last year, 41,000 people coming to Canada to work did so in this way.

India is well on its way to becoming a contender on the global stage, with its cities now the home of a multitude of international companies. Outside of Delhi and Mumbai, Chennai already boasts the third largest expat population in India. It is a major player in the international information technology industry and in 2012 became the second largest exporter of  business-process outsourcing services in India.

Hyderabad was once known solely as a major manufacturing hub in India, however, it is now has a reputation for its burgeoning pharmaceuticals and biotechnology industries.

The Saudi government is currently undertaking a large scale recruitment drive for highly qualified health professionals from Egypt, India and Pakistan to fill a gap in their own labour force.

The country is also looking to encourage an influx of female expat workers to fill roles in the healthcare, education and childcare sectors, as there is a dearth of qualified Saudi women to take the positions.