Looking for work in China – is the search really worth it? 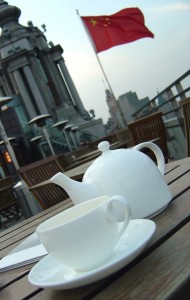 Westerners are having difficulty finding work in China

It’s well known that China has been the world’s fastest growing economy for over ten years. With countries like the UK clamouring to cosy up to the Chinese government in the hunt for lucrative trade agreements and a slice of economic success, you could be forgiven for thinking western job seekers have a bright professional future in the country as expats.

However, the booming economy masks a state of affairs which isn’t always conducive for finding work if you’re a graduate from overseas. When interviewed by the New York Times, expat Mr. Sliwinski said that he’d originally gone to China to work as an English teacher. When he decided he wanted a career change, Sliwinski found that other kinds of work were closed off for him. In short, the demand for expats in China seemed very small indeed if he wasn’t willing to work as an English teacher.

The main barrier, it seems, is language. Whereas this might be less of a problem for those looking to work in more linguistically open places like Singapore or Malaysia, China puts a strong emphasis on the ability to speak Mandarin in the work place. Expats from outside Asia still make up a very small proportion of those living in mainland China.

The key for westerners in the future will be concentrate more heavily on their language skills if they want to move abroad to find work – not only in China, but in any country whose job market demands local language proficiency. While those from outside Europe and North America, Asians in particular, have become increasingly skilled both in English and in their understanding of western culture over the last ten or twenty years, the reverse is far from from true.

Outside of a few unusual exceptions (Singapore, Hong Kong and a few Gulf states spring to mind) there are few places in the world where even qualified graduates can hope to make a working life for themselves without strong second language skills.

Those hoping to work in China especially will have a challenge on their hands if the job market is as bad as those interviewed say. But the biggest challenge, and the biggest advantage if overcome, is to speak another language fluently enough to broaden your professional horizons.