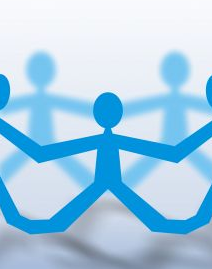 These emerging nations will be expat hotspots over the coming years.

Most of those looking to move abroad for career advancement and financial reasons will be aware that a BRIC isn’t something you build houses with, but a term first coined in the early 2000s to refer to Brazil, Russia, India and China – four emerging national economies linked by their growth and large size.

Yet, in 2014, if you’re looking to be an expat in an emerging market you don’t only have to navigate the move, a new culture, and manage your money abroad, but will also be faced with a host of confusing acronyms which have sprung up to describe other groups of countries with shared economic characteristics.

Here we bring you a brief guide to economic acronyms and the countries included in them:

The original grouping – these countries have the potential to become a powerful trading bloc, due to their increasing dominance as suppliers of manufactured goods and services. But did you know that Brazil is also a great place to find love as an expat and are you clued up on the best places to live and work in Beijing?

These countries could well be some of the key emerging markets for growth in the next decade. So it might be worth taking a punt on Brazil, China, Egypt, India, Indonesia, South Korea, Mexico, Russia, Taiwan or Turkey when setting off on your expat journey.

These countries all have reasonably advanced financial systems, are controlling inflation and have increasing young populations. They also have a wide variety of exports and are in important strategic positions geographically. We found that expats in Turkey are not only pleased about their economic position but also enjoy good food, the weather and learning a new language – so CIVETS can have other benefits too!

The new kids on the block in terms of acronym coinage, the term MINT is hot in 2014. Over the next 20 years these countries are predicted to see a boom in working age population, and all have great geographic positions for international trade.

Western Europe has many benefits for expats – especially in terms of cultural variety and raising children abroad – but it may not be the best move if you’re interested in capitalising on countries experiencing rapid economic expansion. Savvy expats take note!