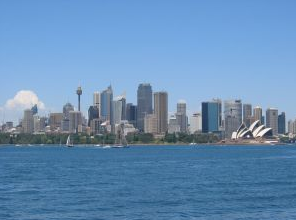 USA, UK and Australia remain popular whilst China and Brazil miss out on the top 10

Graduate professionals regularly ponder over the option of moving abroad to launch their career. Indeed, taking your skills elsewhere can be very beneficial to you as a professional and to your potential employer. But where are the best places to move to?

A recent report by The Global Professionals and Hydrogen outlines the results of a survey of 2,000 professionals to determine the most popular locations for job-seeking expatriates.

The Top Ten ranking of relocation destinations came in as follows:

China, a significant growth market country, was positioned in 11th with 3% of the vote. Despite the prediction that emerging markets will dominate the global GDP by 2020, it featured lower down on the expat destination wishlist.

The UK’s rise in popularity is attributed partially to its status as a global technology hub.

Shane Little, managing director of Hydrogen, says that America is in the lead but the UK is chasing its tail. He points to the numerous ‘exciting tech firms opening’ and adds that many Europeans see the UK as a ‘tech-hub’ where you can work for flashy up-and-coming companies.

In 3rd place, Australia is still one of the most popular destinations for expats in terms of both career and lifestyle. Mr. Little attributes Australia’s status to a growth in oil and gas industries, on top of an increase in demand for workers with ‘unconventional experience’. The nation is also expressing a need for professionals in life sciences and pharmaceuticals, he adds, with particular regard to clinic research and development, and regulatory affairs and compliance. Furthermore, the Aussies have enjoyed progress in technology, particularly in cloud technology analytics and big data storage.

Singapore also establishes itself as a point of discussion in light of the survey: despite having finished 4th overall, it was ranked 2nd with finance professionals, listed in the 3rd spot with technology professionals, and with 9% of the vote celebrates a 3% increase over the course of a year. In the report, it is described as having an ‘exceptionally well-educated and highly motivated workforce’, as well as being an ‘extremely innovative country’, contributing largely to the future’s high tech industry in life sciences, medical equipment and biotech.

A notable promising aspect coming from the survey is that of all the professional expats questioned, 72% believed that their salaries had been improved as a result of relocation. In addition, 77% felt their careers had been enhanced, 83% felt a personal benefit, and 98% said they would recommend the experience of moving abroad to a friend.

On the other hand, it would appear that countries that were believed to be growing economically, such as China (3% of the vote) and Brazil (also 3%), are doing so at a seemingly slow rate. Therefore, according to the report, it is the responsibility of companies around the world to educate and incentivise employees to relocate to these countries over the coming years.

We use cookies to provide social media features and to analyse our traffic. By continuing to use our website, you agree to the use of cookies. Find out more.