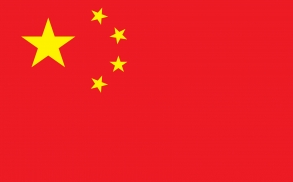 China is ranked first in the Expat Explorer Survey

Some say ‘the grass is always greener on the other side,’ and some people are actually brave enough to try and find their luck and fortune somewhere else. So, which country gives you the best chance of finding a better life?

It is no surprise that China is ranked number one. It secured the 2nd and 3rd place out of 37 countries in the expat economics and expat experience league tables. Its expanding industry still attracts many multinationals, and a growing economy continues to create many new job opportunities. These factors influence its score greatly, as many expats are searching for a stable income during this worldwide economic crisis.

According to the research, “Nearly 59% say that they earn more than they did at home and the higher salaries are a core part of this change.” Unfortunately, China does not rank as highly when it is compared with other countries with regards to raising a child, where it is ranked in 16th position.

Following closely as the top European performer is Germany. Once again, the economic situation of the country is a big plus for those moving to Germany. It secured the 6th place in the expat economic league table and finished first in the raising children abroad league table. Quality of childcare and education, education costs, and learning a new language are key factors when it comes to raising children abroad in Germany.

Rather unexpectedly high on the list, and securing the third position overall, is Singapore. Most expats based in Singapore are from Asian countries such as India (23%), the Philippines (8%) and China (7%). This is partly due to the similarities in culture, making it easier for expats to settle in and adapt.

Singapore is a popular destination for younger expats (18-34). Despite many employment benefits, job market security is still a major concern for expats in Singapore, with 53% citing it as one of the top three threats to their financial well being and confidence.

Both education and childcare are expensive in Singapore, but it seems that expats are willing to pay the costs as the quality of both services are ranked highly. 78% say that the quality of education is better in Singapore and 72% say the same for childcare. Factors such as these contribute to Singapore ranking 2nd out of 24 countries in the Raising Children Abroad league tables.