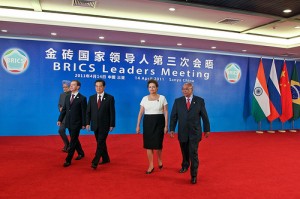 The BRICS offer the most expat jobs, and competitive salaries, too

China, Brazil and India are the top destinations for expat jobs, reported Brookfield Relocation Services in its 2011 Global Relocation Trends Survey. Rather unsurprising considering the engine for global growth has shifted from the US and Europe to these emerging economies, which were better able to whether the global recession. Ironically, these are also the countries offering expats the greatest earnings potential.

According to HSBC’s most recent Expat Explorer Survey:

While close to two-thirds (63%) of all expats surveyed said they are earning more in their host country than in their country of origin, expats based in BRIC countries scored much higher (Brazil, 69%; Russia, 82%; India, 70% and China, 75%). In addition, with the exception of Brazil which fell slightly under the overall average, expats in BRIC countries were also more likely to see increased career opportunities within their host country (64% overall compared with; Russia, 82%; India and China, 70%).

Overall, the Brookfield survey showed 43% of respondents believed the number of expat job postings had increased this year, an improvement over last year but still short of the 48% seen before the 2008 financial crisis.

While the raw numbers are improving, it’s also important to note that multinational employers are increasingly looking to qualified executives from developing countries to take on international roles. This is particularly evident in India, where companies such as India and Nokia have invested heavily in developing local talent. Thus, even as the job market improves expat job seekers from the US and Europe are likely to face stiff competition from their emerging market peers.