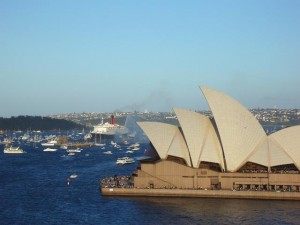 Australian job growth is slowing, though unemployment remains much lower than in other developed countries.

Australia’s troubled job market is in for more pain, according to an article by Colin Brinsden in the Sydney Morning Herald. The land down under has advertised for 20% less jobs in the past year, with a seasonally-adjusted dip of 1.5% in September alone.

This further deterioration in classified advertising of skilled vacancies in September is another reminder that employers have continued to cut back on recruitment […] Relatively flat profits, rising nominal wage costs and weaker underlying productivity is a recipe for further soft labour market outcomes in the months ahead.

According to Brinsden, unemployment is also rising, ticking up from 4.9% in April to 5.3% in August. He quoted Treasurer Wayne Swan, who said the data was no surprise given a recent spate of natural disasters. He added that the ongoing European debt crisis also threatens future job growth:

It’s very important that the Europeans get their act together […] There’s no doubt political inaction lies at the core of this challenge in both Europe and the United States.

Hiring of expat workers has become difficult across a number of countries in recent years as governments battle persistent unemployment. The Australian economy has been more resilient than many, partly as a result of its close trading ties with China.

In other countries the landscape is considerable bleaker (in Spain unemployment tops 20%, with youth unemployment nearly twice as high). Hence, in a relative sense, Australia may still be a destination to watch for expat job-seekers.