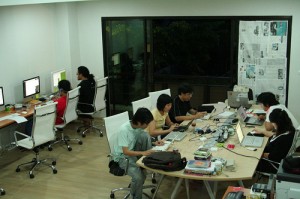 It should come as no surprise to any expat job seeker that hiring practices can vary wildly across cultures. An instance of confusion came up recently in a letter to the Career Clinic column in Thailand’s Bangkok Post.

The expat in question was a woman who had lived in Thailand for six years. She was working for a company (we’ll call it Company A) and applied for a job at Company B.  Company B seemed very interested in her, emailing her back immediately and repeatedly following up by phone. Eventually Company B offered her the job and suggested a start date. She accepted.

Then she got another call from the HR manager of Company B. The boss wanted to interview her. She went to this “suprise” interview and renegotiated her salary–before she left the boss (a German expat) said someone would get back to her within 10 days.

She left the office with that sinking feeling familiar to everyone who’s ever finished an awkward job interview. Perhaps needless to say she never heard from Company B again.

“Is it the Thai hiring system or was I being discriminated against because I was a woman?” the expat wrote. “What I believe is I was already hired.”

In practice, the recruitment system is quite standard that you get confirmation from the HR manager after confirmation on the package. The next step is to get an employment contract to confirm that you got a job and you can resign from your existing employer. If there is a case where you are rejected by the future employer, you can go to a court for the settlement.

In your case, I understand that all communications were verbal but they should have been in written format […] What you should do is think how lucky you are that you do not have to work for this company.

There are actually two morals to this story: 1) research hiring practices in the country where you’re looking for work BEFORE you start your job search, and 2) always have any employment offer specified in writing, no matter where in the world you are looking for work.