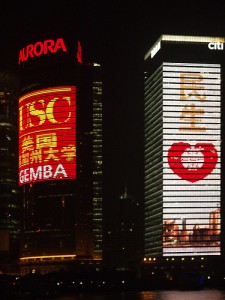 Many expats are finding jobs hard to come by in big Asian cities such as Shanghai, forcing them into "second-tier" cities and positions.

There’s no doubt the world’s hottest economies are in Asia. Countries like China, Thailand, Singapore and Indonesia feature higher growth than developed nations and greater political stability than the emerging economies of the Middle East.

A piece by Sarah Mishkin in yesterday’s Financial Times explores the glut of expat workers moving east–a trend which has picked up tremendously since 2008. Contrary to popular belief, however, it’s not as if firms are handing contracts to every foreigner who shows up with a nice-looking CV.

Cultural and linguistic skills remain crucial – even more so given the growing importance of domestic growth in China and south-Asian countries. Many companies looking to expand on mainland China are now focused on its so-called second and third-tier cities, which may have more residents than Paris but with which few foreigners are familiar.

Asia’s fast growth is also luring back those from the region who had moved to the US or Europe to study and work. Such so-called returnees are the most sought-after employees, as they not only know the nuances of the local market but are perceived as cheaper to hire than someone from abroad and easier to retain.

So what’s the best strategy for an Asian job search?

Expats and recruiters Mishkin interviewed suggested expat job seekers simply get on a  plane to Asia–take six months and get to know the lay of the land in the country they hope to work. If financial or family constraints are a concern, they can plan vacations to the Far East and work a few (or few dozen) job search activities into the itinerary.

The most important thing, Mishkin stresses, is to make connections in person. Networking with expats who have previously spent time in Asia is critical, as job searches through online postings have little chance of success.

Interviewees also stressed that a candidate’s interest in Asia needs to be genuine and potentially long-term. Said Zoe Henham, head of HR for a brokerage house: “Employers are not looking for someone who just wants to come for a year because the job market in Europe is terrible.”